The first English translation in over a hundred years of one of the best adventure novels of all time, written by one of the most popular writers of all time: Jules Verne’s Mikhail Strogoff.

First published in French in 1876 as Michel Strogoff, it is a rip-roaring tale of adventure and suspense, painted with romance and humour and set in pre-revolutionary Russia. Suitable for both adult and young readers from 11 and up, it is a book that’s inspired countless film and TV adaptations all over the world.

In France, it’s been a huge success from the word go, and has never been out of print, with most people considering it to be Verne’s best novel. But it has dropped out of sight in English-speaking countries as the original English translation–published well over a century ago!–is rather stodgy and dated for modern tastes.

But in award-winning translator Stephanie Smee’s perfectly-pitched, lively translation of the original 1876 French text, the first such translation in over a hundred years, English-speaking readers can discover for themselves just why this novel has such an enormous following not only in France but all over the world.

Stephanie is a Sydney-based translator who turned in a legal career to combine her true loves of literature and French. She is responsible for introducing the enormously successful works of much-loved French author, the Countess de Ségur, to a whole new generation of English-speaking children. You can find out more about Stephanie at Our Authors page.

To celebrate this major publishing event in 2016, we produced a beautiful collectible  hand-numbered limited edition of only 750 copies, illustrated with coloured end papers and delicate black and white drawings scattered throughout. Special features: Hardcover, with cover made of textured red wibalin, with inset full colour cover illustration, and gold foil lettering on front and spine. Gold edges on pages, royal blue satin bookmark.

UPDATE, 2020: We will be publishing a paperback edition of Jules Verne’s Mikhail Strogoff this year. Stay tuned for more information!

And to whet your appetite for this amazing book, read on on for a plot summary! 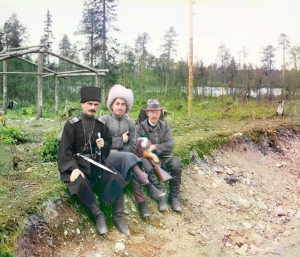 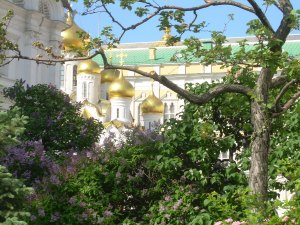 In the walls of the Kremlin(photo by Sophie Masson, 2012)

It is pre-revolutionary Russia. The Tsar is entertaining at the New Palace in Moscow. But despite outward appearances of peaceful glamour at the ball, trouble is brewing in the far-flung corners of the Russian Empire.

The Tsar’s brother, the Arch-Duke, finds himself isolated in the eastern Siberian town of Irkutsk as massive Tartar armies invade Russian territory in an uprising led by treacherous Russian officer, Ivan Ogareff.

The Tsar becomes aware that Ogareff is planning to infiltrate the Arch-Duke’s court in Irkutsk, first ingratiating himself into his services, before turning the city over to the invading Tartars in a dastardly act of vengeance.

But the sole means of communication by which the Tsar might warn his brother of Ogareff’s plot – a single telegraph wire between Moscow and Irkutsk – has been cut.

The Tsar’s only option is to send a courier from his Special Courier Corps overland, across thousands of kilometres of Russian territory, from Moscow to eastern Siberia.

The courier must reach the Arch Duke before Ogareff himself reaches Irkutsk.

That courier is Mikhail Strogoff…

It would have been a fairly simple task to let the actions and landscape speak louder than the words of the characters, but Verne’s protagonists are drawn with depth and humour. We learn of Strogoff’s upbringing, his relationship with his aging mother, the torment he suffers when he has to pass through his home town without revealing his true identity and the nature of his mission to a soul, not even his mother. 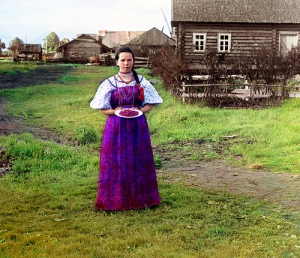 There is romance, too, as Verne develops a subtle relationship between Strogoff and Nadia, a Latvian girl determined to be reunited with her father who has been exiled as a political prisoner to Siberia. Together they face the perils of the Russian landscape, no less threatening than the rebellious Tartars.

The interaction between two war correspondents, Harry Blount (an Englishman) and Alcide Jolivet (a Frenchman), both in Russia reporting for their respective newspapers, is also a lot of fun,  allowing Verne to fill in any necessary background gaps for the reader, while also providing comic relief.

The narrative is driven along at a cracking pace with a stunning twist that will catch most readers unawares, until ultimately it is resolved amidst scenes of fire and ice.